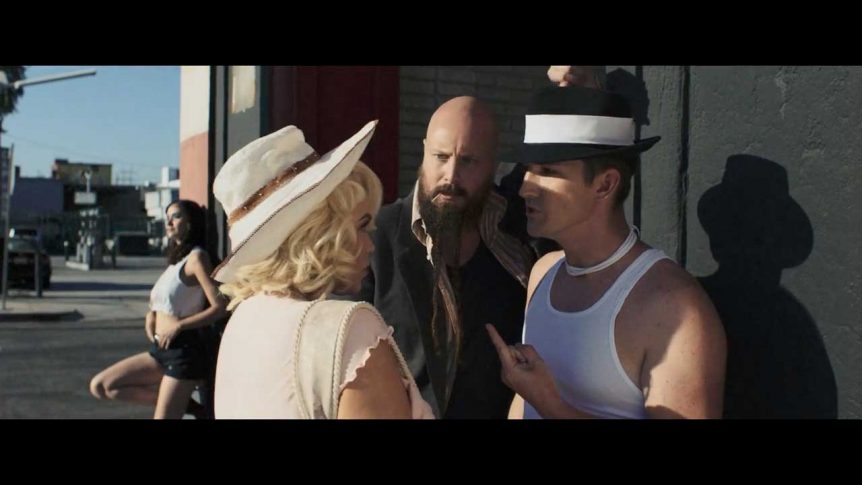 Was a fun shoot and I played alongside Christopher R. Martin and Sara Malakul Lane as ‘Tom ( The Beast )’ who was originally played by Albert Brooks in the original Taxi Driver Movie.

This is the second time I worked with Sara Malakul Lane. Last time was on the Incubate App Commercial.

The setup and costumes were based on old 70’s style wardrobes etc. and Christopher got some recognition on Instagram with his Camel Toe form his very tight pants 🙂

We shot in various locations downtown over a couple of days, and I enjoyed the cast and crew very much.

Here are a few stills from the video. Lots of blood in a few of my scenes 🙂

A mentally unstable Vietnam War veteran works as a night-time taxi driver in New York City where the perceived decadence and sleaze feeds his urge for violent action, attempting to save a preadolescent prostitute in the process.

Trisha Kay Paytas is an American actress, entertainer, model, author and YouTube personality. In 2006, She began her YouTube channel “blndsundoll4mj”. She had made her debut television appearance as a correspondent in Greg Behrendt’s talk show The Greg Behrendt Show.

You can also buy the song on iTunes here: https://itunes.apple.com/us/album/daddy-issues-ep/id1119704993